My review of the new hardcore sissy novel by T-girl author Chantelle Cage.

My early experiments with cross-dressing sound very much like the guy in this book’s – basically, wanking in front of the mirror in a bra and a pair of knickers. But unlike him, I never came out to my wife till long after our marriage was over, so I was never forcibly waxed by her, then transformed into a lingerie model. And I was certainly never forced to act as a model at a lingerie party she was throwing at her friends, who would all join in to humiliate the size of my dick and even end up spanking me.

All-in-all, SHAMED SISSY SLUT is a very well-written and evocative novella – but if you don’t like extreme hardcore action, then please be warned that it’s filled with some genuinely dirty stuff. It explores so many different kinky ideas, including forced femme, cuckoldry, chastity, bondage, discipline and public exposure; and is very obviously written by a limp-dicked sissy who has tons of experience with this kind of thing. And I bet he/she must have a really small dick, because the small dick humiliation scenes are just so spot on and definitely not to be missed.

You can order Chantelle Cage’s new hardcore novella in ebook format at A1Adultebooks.

Some of my girlie clothing and sexy lingerie is just too damn pretty not to be seen! 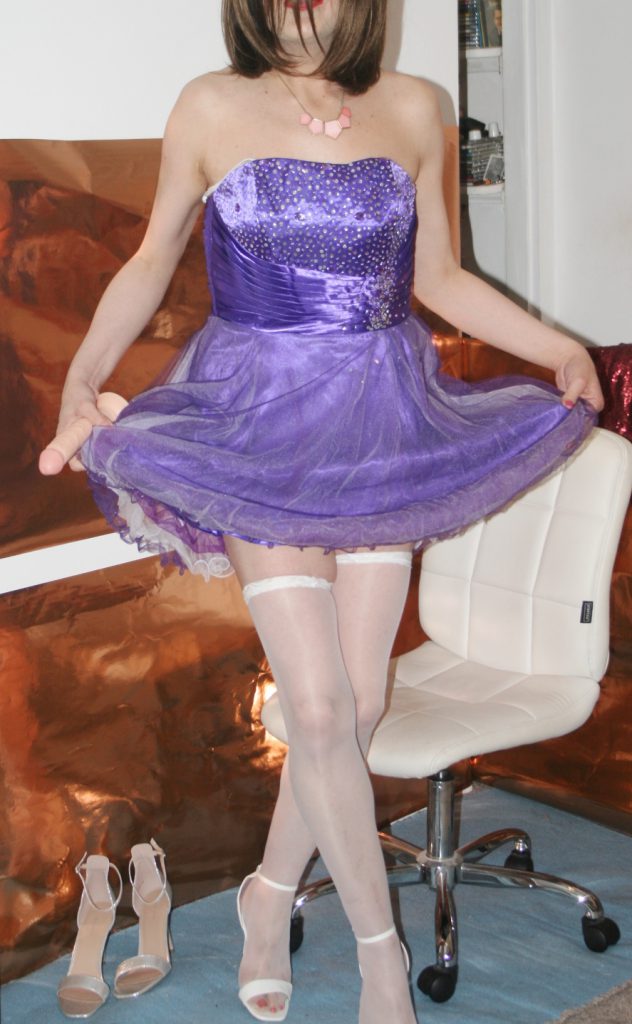 I’m sure I’m not the only cross-dressing sissy who gets all dolled up in the privacy of his own home and thinks: ‘What a waste that there’s no one here to see how cute I look right now!’ I’m spending more and more time on my transformations now – doing full hair, nails and make-up almost every time – and I always wish a big strong man was there to appreciate the effort I’d made, as well as fantasising about my ex-wife seeing me fully feminised and playing with anal toys. But apart from online sissy exposure, the only time my feminine outfits ever get seen is when I drive out to toilet blocks to suck off strangers! But that takes a hell of a lot of nerve, so I only pluck up the courage every once in a while. 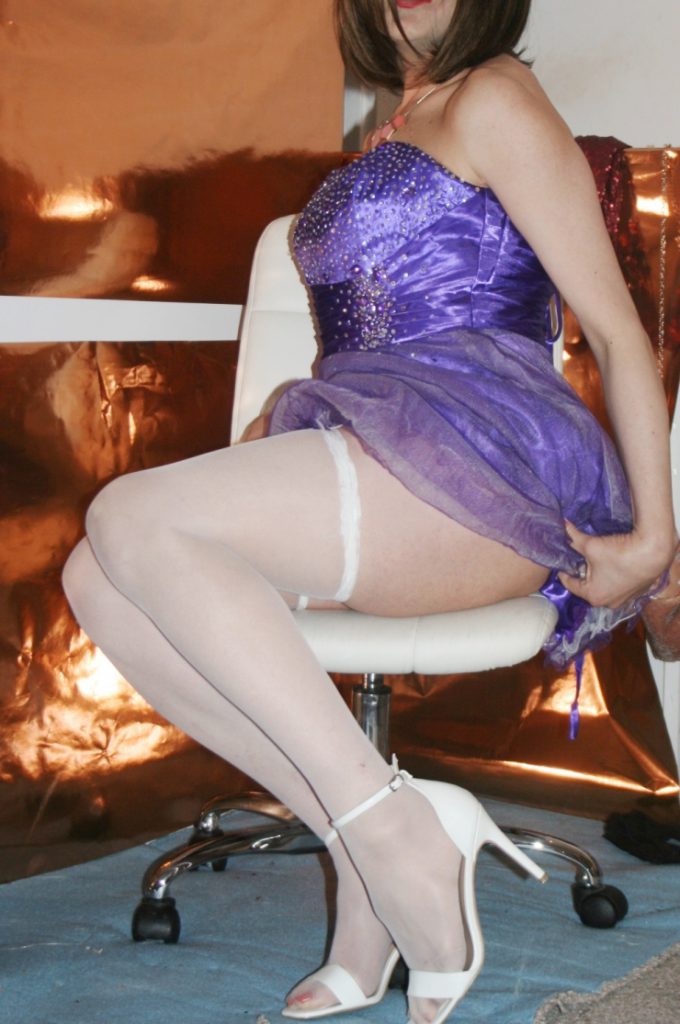 Coming out as T-girl

So, I’m mostly still pretty much stuck in the closet, although I have thought about coming out as a transvestite to my 19-year-old daughter (who stays at my place quite regularly). I’m not sure she needs to know that I often borrow her knickers (including her dirty ones) or that I’ve nicked a few of her dresses (including the purple prom dress in these pics), but I have a feeling she’d be okay with the general idea of me dressing up. And I wouldn’t be surprised if she’d be willing to help me with my nails and make-up, or even to go out clothes shopping with me. She’s a really great girl, and I almost told her the other night, but finding the words came really hard! I just couldn’t quite manage to blurt it out.

I think one thing that probably held me back was the chance that she’d be unable to keep the secret and would tell her mum. And while a part of me would love my ex-wife and her hunky new man to know I’m a cross-dressing sissy slut, another part of me is terrified about the prospect of opening up the closet door and never being able to shut it again.  But I guess that’s always the risk with coming out – once you’ve done it, there’s really no way of going back. But I know I cannot keep these sexy outfits hidden from the real world forever. And more and more, with each passing day, I have the desperate urge to be shown off as a girl.